How to install:: Install

The characteristics of groonga page is updated. Please check it out again if you already know groonga. You may find a new characteristic.

If you have a problem with JSON (e.g. JSON requires large ammount data size, long parse time and so on.), please try MessagePack output. Here is an example to use MessgaePack output with HTTP interface. You just add ".msgpack" extension to path.

You can use "–output_type msgpack" for command line interface or gqtp interface.

A throughput chart on administration page is added

You can use groonga administration page at http://localhost:10041/ when you run groonga as a HTTP server. A real-time throughput chart has been added to the page. 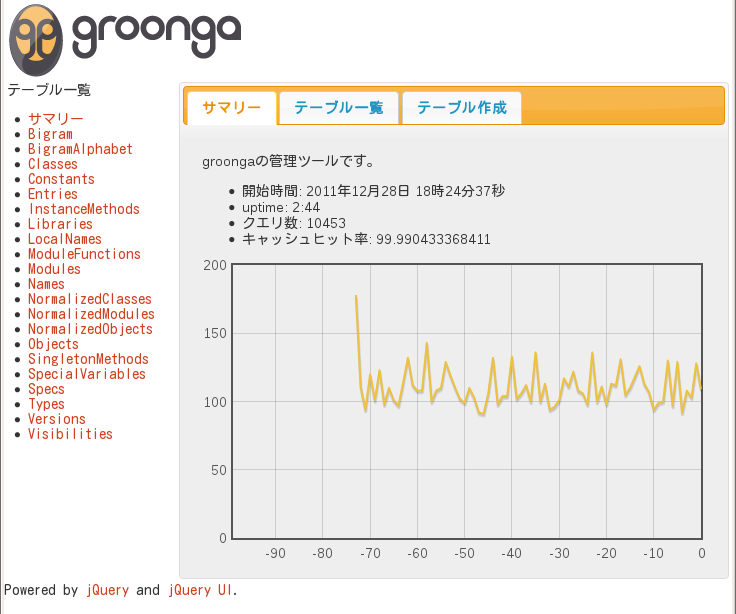 It will be useful when you use groonga with HTTP interface and want to know "the current throughput". If you want to know the past throughput, it will not be useful because the chart doesn’t keep the past data. You should use other service managerment tool or statistics visualization tool.